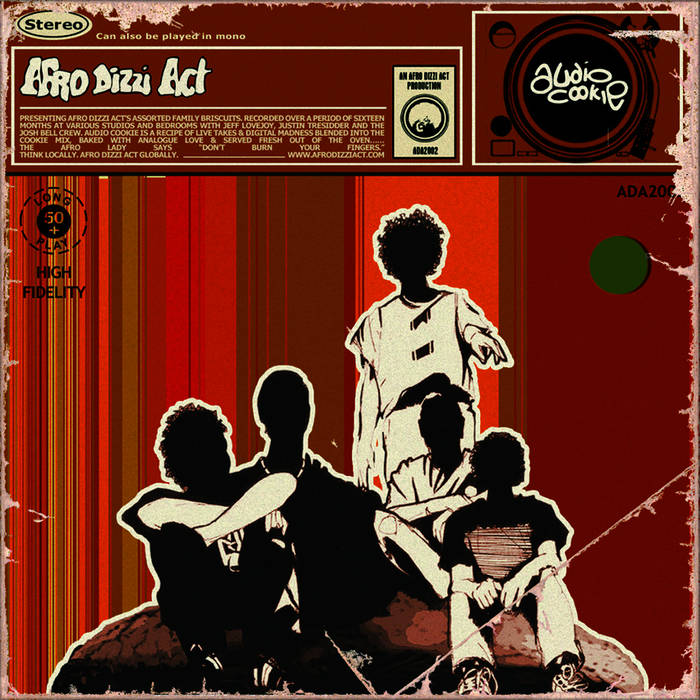 Inspired by their success at the Woodford Folk Festival, a tour through Nepal in 2002 & a signing with Independent Record Label Hydro Funk Records www.hydrofunk.com.au, Afro Dizzi Act decided to recorded there Debut Album 'Audio Cookie'.

It can be difficult for groups with such a strong live reputation to achieve an equally energetic studio sound, but Afro Dizzi Act’s intensity carried over with little resistance due in part to the assistance from engineer Jeff Lovejoy www.blackboxrecording.com.au, who was able to create a fertile studio setting for the band to work in.

This move was a positive one for the band, selling out local Brisbane venues like 'The Zoo' & attracting significant support from a variety of street papers, magazines and radio stations both in Australia and abroad.

" Afro's rhythmic jams have become the stuff of inner city legend. They manage to combine a natural approach to their music with a deadly precision when it comes to both arrangement and instrumentation."
Gavin Sawford (Editor. Rave & Street Press)

"Afro dizzi Act have a lot to answer for. They're partly responsible for giving Brisvegas its reputation a city that knows how to fuse its funk, jazz, rock & hip hop."
Joel Dullroy (Courier Mail)