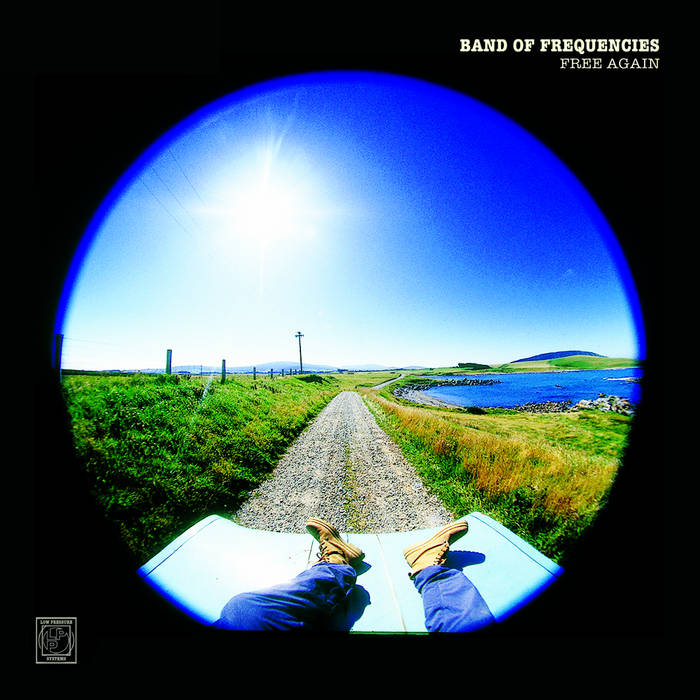 FREE AGAIN (Single Release) 2011
The long awaited release by the Band of Frequencies.
Just a few from a number of tracks to be released in the near future. Join the mailing list at www.bandoffrequencies.com

"Sonic shorelines ripple with cosmic forces out into the corners of your mind...unseen spiritual waves transform the usual music experience into a dream of Otherworldly delights...This is what you experience when you listen to Band Of Frequencies and their new Free Again EP. Conjuring a sonic realm that celebrates the past, present and future; this is a band that crosses genres and expectations all at once, floating into blues territory with roots, rock, reggae and the psychedelic colouring sound in varying textures. Shannon “Sol” Carroll leads the band with guitar and vocals; OJ Newcomb is a phenomenal bass player who brings a deep resonating groove to the band, whilst Mark Henman‟s beats play with your mind in an extra sensory experience that has the trio delivering a dose of chemistry akin to a Woodstock encounter. Title track „Free Again‟ shatters the preconceived notions of life, encouraging you to follow your passion and the road less travelled; it‟s a song that evokes Jimmy Hendrix in an original and meaningful way. Highly anticipated album „Rise Like The Sun‟ is due for release late 2011 – early 2012, with a tour for Free Again happening right now. „Freedom‟ was created by Richie Havens who graced the stage of Woodstock in those few days of music and love; in this version BOF have captured the original ethos in a song tinged with 60‟s beauty and free flowing psychedelic revelry, that demands you close your eyes and go where the music takes you." - DANIELLE LLOYD (Tsunami Magazine 19.05.11)

"There are plenty of accomplished musicians out there. But only a few manage to attain a state where they become a finely tuned antennae to swirling cosmic forces, channelling unseen spiritual energies and transforming a live music performance into a transcendental experience. I know, I’m gushing, but I just happen to believe Band of Frequencies and their other-worldly frontman are that good. Catch them if you can." - Tim Baker (Surfing World Magazine)

"Prepare to have your musical thirst quenched. Byron Bay's Band of Frequencies dabbles in the whole pallet of musical genres; Bluesy rock drips away into skull-melting lullabies that pitter-patter like rain into jazz-fusion grooves that inevitably wander off somewhere else altogether." - Travis Ferre (SURFING Magazine, US.)

"The Band Of Frequencies sound was a spiritual mix between vintage Santana and Xavier Rudd or something. All I know is that I, along with the rest of the fans in attendance was entranced." - Chris Cote, (Transworld Surf USA)

"Band Of Frequencies are consummate musos, who don’t mind a good jam! They can effortlessly glide between grooves, flavours, melodies...even colours for that matter." - Ash Grunwald