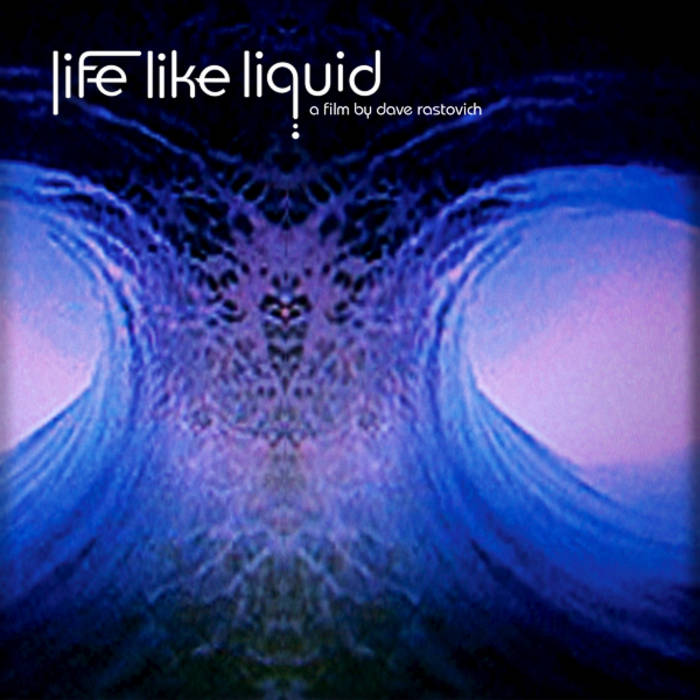 Every wave, every rhythm, only ridden once.
Riding sound, riding surf, every movement totally spontaneous. Nothing written, nothing rehearsed.

LIFE LIKE LIQUID is an exploration into the creative realms of surfing, music and life.

The plan was to have no plan at all. To allow intuition, chance and circumstance be the compass within every moment.

'Life Like Liquid', the debut film by internationally renowned surfer Dave Rastovich and Low Pressure Productions, is an exploration into the creative realms of surfing, music and fluid living. It is an intriguing documentary that features surfing musicians jamming out the soundtrack to the film, thought provoking discussions on philosophy, perception and creativity with well known Australian characters drawing parallels between the peak experiences that these art forms share. It also delves in to the art of tube riding and, especially, the feeling of timelessness surfers' experience, highlighted by the breathtaking imagery taken by Rastovich from deep inside the tube. For these reasons it has been embraced as an underground classic in alternative surfing circles both at home and abroad.

The soundtrack for this film is what really sets it apart from other surf movies. It was played and recorded in a beach house that was converted into a makeshift studio, right on the dunes, with views over the best waves in the region. The crew that were present just jammed and surfed every day for a two week period. Musicians from ten different bands, all accomplished at the art of improvising, managed to lay down over 50 hours of sounds. There was so much great music recorded in this session that a double album soundtrack is being released to accompany the DVD. This collective of artists is now known as the Low Pressure Sound System.

"Personally, I feel like surfers and musicians are two types of artists in our culture that deserve an audience. This film and soundtrack bring some of these artists expressions to their community in an unaltered form." - Dave Rastovich

LPSS is a collective of Musicians that were basically born from the creation of the Life Like Liquid movie and soundtrack. As a live group the lineup changes depending on the show. Being a composite of the Low Pressure Productions band clan they can take on the styles and characteristics of each group. Whether it be leaning towards Band of Frequencies heavy roots, free soul and psychedelic rock sounds or OKA's uplifting indigenous electronic influence, Dave's trippy ambient journeys, Winnie Coopers Aussie Hip Hop flavours or King Tides' reggae/dub/ragamufffin influences, the Low Pressure Sound System vibe shines through as an original and intriguing mash up of all these elements. It all depends who's on the gig and what the gig is.

Lead by Sol Carroll & Oj Newcomb from the Band of Frequencies, Low Pressure Sound System (Life Like Liquid Musicians) Cinematic Experience takes the above concept and explores the creation of live soundtracks to breathtaking oceanic footage. Depending on the performance they will create ambience and spaciousness or driving, pulsing rhythms with rolling bass lines and evocative washes of sound and colour in direct resonse to the footage being played.

Dave Rastovich is a name familiar to people passionate about the surfing lifestyle and the environment. Being a world famous surfer of the highest caliber, Dave uses his profile to raise awareness about environmental concerns, particularly ocean conservation and Anti-Whaling/Dolphin slaughter issues. In the last 2 years since the filmï¿½s completion, Dave has been heavily involved in oceanic conservation attending such global events as the IWC (International Whaling Commission) in Alaska ï¿½07 and Chile ï¿½08. In late 2007, Rastovich was also famously involved in drawing international attention to the Taiji Bay dolphin slaughter in Japan. With international stars such as Hayden Panettiere, Isobel Lucas, the Low Pressure crew and many other passionate people, they paddled out into blood stained waters to raise awareness about the senseless dolphin slaughter and mercury poisoning issues.

“Through so many ocean experiences and so many days spent listening to music, I have come to wonder if sound waves and ocean waves are actually the same thing,” explains Life Like Liquid’s enthusiastic director and self confessed surfing freak Dave Rastovich in this must have documentary for anyone with even a passing interest in both surfing and the inspiration of music. It tells the story of Rastovich and a small circle of sonically inclined waveriders who come together via a beachhouse, come recording studio, with the sole aim of jamming, surfing and recording together. Not only are we treated to truly mouth watering visuals, we also witness how a bunch of musicians, including Ash Grunwald amongst many others, spark inspirations in each other via the improvisation of music. An accompanying mini CD of these highlights rounds off this extremely rewarding package that is well worth seeking out.” - Mark Hanson @ Filmink Magazine

"We wanted to pass our message of thank you, for letting us share that wonderful experience we had in Coffs, when the Movie and band played at the plantation. We were the family sitting in the front row. The movie was inspiring and the music was alive, truly from the soul!!! We loved it.. and what blew our minds even more was how much our two children felt it. they loved the experience.
Looking forward to it again. Don't be strangers. come and visit soon." - Sally Sam Jacob and Alexie Grice.

All songs on ‘LIFE LIKE LIQUID’ were spontaneously composed by the musicians on the moment when performed.